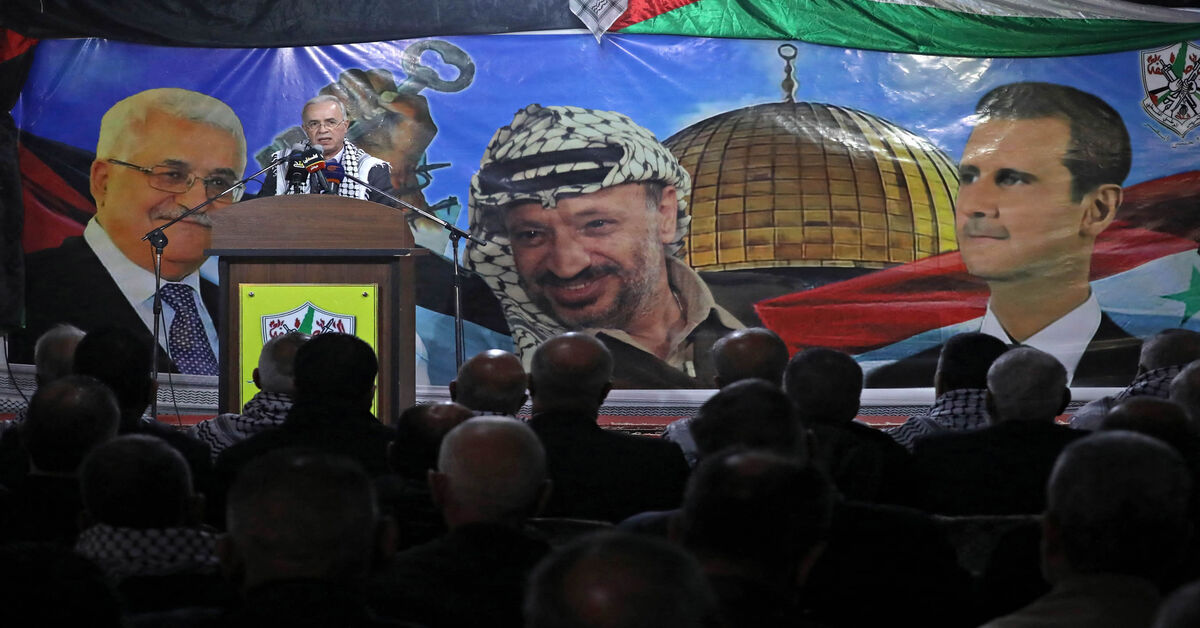 The Syrian authorities headed by President Bashar al-Assad continues to undertake a coverage of estrangement vis-a-vis Hamas, which has been in place since 2012 when the Islamist motion determined to assist the Syrian revolution towards Assad’s regime.

On Jan. 6, a Fatah delegation visited Damascus. The delegation was headed by the secretary of the motion’s Central Committee, Jibril Rajoub, and included committee members Rohi Fattouh, Samir Rifai and Ahmad Halas, who carried a written message from Palestinian President Mahmoud Abbas to Assad, pertaining to the newest improvement within the Palestinian trigger and the bilateral relations between Fatah and the Syrian authorities.

On Jan. 9, the Fatah delegation handed over Abbas’ letter to Syrian Foreign Minister Faisal Miqdad throughout a gathering in Damascus. The events mentioned mechanisms for strengthening bilateral relations between the 2 sides in numerous fields.

During a press convention in Damascus Jan. 10, Rajoub introduced an imminent go to by Abbas to Syria, which might “represent a real breakthrough in the Palestinian situation amid the unprecedented escalation on the part of the Israeli occupation to put an end to the Palestinian issue.”

He continued, “Syria’s being outside the Arab League is a disgrace to all Arabs. Syria has been a founding state of the league and must be readmitted to it.”

On Nov. 12, 2011, the Arab League suspended Syria’s membership because of the Syrian government’s military suppression of the popular protests calling for a peaceful transfer of power.

On Jan. 7, the Fatah delegation participated in the ceremony marking the 57th anniversary of the establishment of Fatah as a political party, which was held in Yarmouk camp, south of Damascus.

In a speech during the ceremony, Rajoub said, “Palestinian refugees in Syria are of central importance within the Fatah movement. We have decided to adopt the principle of balance based on the struggle of Fatah members in Syria in forming Fatah’s 8th General Conference scheduled for March 21.”

Relations between Fatah and Syria had been ruptured since 1983, when the Syrian government supported the defection of some Fatah members from the movement and forming their own “Fatah al-Intifada” movement led by Saeed Musa Muragha, known by nom de guerre Abu Musa. At the time, the Syrian government handed over Fatah’s offices in Syria to the newly formed movement.

According to pundits, the Syrian government supported Fatah al-Intifada to spite Yasser Arafat, former head of Fatah and the PLO, who made sure to relocate the PLO’s headquarters from Lebanon to Egypt, then Tunis and Algeria, and not Damascus, in a bid to prevent Syrian interference in his movement.

The rupture between the two sides continued after the PLO signed the 1993 Oslo Accord with Israel, which was rejected by Syria.

In 2013, Fatah distanced itself from the different political axes vis-a-vis the Syrian crisis, namely the Arab axis of moderation comprising Egypt, Saudi Arabia and the United Arab Emirates (UAE); the axis of resistance, including Iran, Hezbollah and Syria; and the Muslim Brotherhood of Qatar and Turkey. Shortly after, the Syrian government broadcast on Syrian national television in 2013 the celebrations marking the anniversary of the founding of Fatah as a political party. In 2015, Damascus announced the reopening of the movement’s offices in the capital.

After the departure of former US President Donald Trump who announced the Middle East peace plan, known as the deal of the century, and the ascension of Joe Biden to the presidency, in addition to the Israeli authorities’s rejection of a political compromise primarily based on the two-state answer, Fatah, below Abbas, seems to be looking for extra overtures with the Arab and Gulf nations.

Fatah is making an attempt to position the Palestinian trigger on the middle of the Arab agenda earlier than the Arab Summit scheduled to happen in March in Algeria, after the motion had refused to take part within the Manama Conference on June 25, 2019, which included Egypt, Saudi Arabia, the UAE, Jordan and Morocco, and which promised $50 billion in grants and investments in the West Bank and the Gaza Strip, brushing aside any political solution to the Palestinian cause.

On Jan. 9, in a radio interview, Halas, the Fatah Central Committee member, mentioned, “The Fatah delegation to Syria held a series of meetings with the PLO’s factions [Popular Front for the Liberation of Palestine, Democratic Front for the Liberation of Palestine, PFLP-GC and As-Saiqa forces] with the aim of preparing for the meeting of the PLO’s Palestinian Central Council [PCC], which is slated to convene Jan. 20, with the participation of all PLO factions, according to the organization’s protocol.”

Halas wished for all of the factions to be current within the upcoming PCC assembly.

Commenting on the explanations behind the abstention of Hamas and the Islamic Jihad’s delegations within the Damascus talks on the PCC assembly, Wasel Abu Yousef, member of the PLO Executive Committee, advised Al-Monitor, “Hamas and Islamic Jihad are not PLO members. The meetings were restricted only to the organization’s members.”

He mentioned, “In order to join the PLO, Hamas insists on not recognizing the agreements signed by the PLO, and that representation should be done based on election.”

Abu Yousef, however, told Al-Monitor that the PCC meeting will be postponed from Jan. 20 until further notice, due to Abbas’ travel commitments outside Palestine.

Abdullah Abdullah, a Fatah official from Ramallah, told Al-Monitor, “The Fatah delegation’s visit to Damascus comes within the action plan that the president [Abbas] set during his speech before the United Nations General Assembly on Sept. 24, 2021.”

According to Abdullah, the president’s plan is three-fold.

“First, there should be work to end the internal Palestinian division and achieve national unity. Second, on the regional level, there is a general state of disintegration, and we seek to mobilize Arab support to make the Palestinian cause a central issue once again, while adhering to the minimum level of the Arab Peace Initiative announced in Beirut in 2002, which is based on the principle of land for peace. This mobilization should take place before the Arab summit that will be held in March in Algeria,” he mentioned.

Abdullah famous, “Third, there should be work on the international level. There is already coordination with the Russian leadership and contact with the European Union and the US administration through officials visiting Ramallah.”

He added, “The Palestinian Authority [PA] is keen on activating the Middle East Quartet that was established in 2002 comprising the United Nations, the United States, the EU and Russia, in a bid to prevent crimes committed by Israeli settlers under the protection of the Israeli army.”

Jihad Harb, a political researcher from Ramallah, told Al-Monitor, “The delegation’s visit to Syria comes as a prelude to the Arab summit in March, and as part of efforts to revive the Arab discourse in support of the Palestinian cause for any future negotiations or peace process, and to secure Arab financial support for the PA.”

He mentioned that Abbas’ visit to Algeria Dec. 5 was also aimed at securing financial support, and that the president is likely to tour several Gulf countries for the same goal given that Arab donor countries have failed to commit to their financial obligations toward the PA, not to mention Israel’s deduction of $50 million of the tax money from the total owed to the PA, thus preventing the PA from implementing its financial obligations toward Palestinians in the West Bank and Gaza Strip.”

Talal Okal, writer and political analyst from Gaza, told Al-Monitor, “The Fatah delegation’s meetings with the PLO factions come within the framework of preparing for the PCC meeting, which is unlikely to yield positive results regarding the national reconciliation, because Hamas did not participate in the Fatah delegation’s meeting in Syria. Hamas is a political partner with Fatah regarding the division concern, which has been ongoing since 2007.”

Lebanon awaits outcomes of first vote since a number...